Alberta Premium Cask Strength has been named “World Whisky of the Year” by Jim Murray’s Whisky Bible 2021. Made and distilled in Calgary, Alberta, the spirit boasts 100% prairie rye mash bills and Rocky Mountain water, resulting in a liquid that is a true reflection of Canadian pride and craftsmanship. This distinction is the third to be received by Beam Suntory in the past seven years, with Booker’s Rye Whiskey (awarded in 2017) and Yamazaki  Single Malt Sherry Cask (awarded in 2015) also attaining this best-in-class ranking. 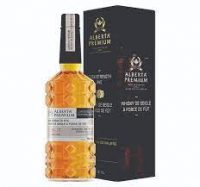