Size: 750ml
Country: France
A blended Irish whiskey here from the Kinahan's range, which was originally established all the way back in 1779! Over t...Read More

A blended Irish whiskey here from the Kinahan’s range, which was originally established all the way back in 1779! Over the years Kinahan’s received two royal warrants and became the whiskey of choice for legendary American bartender Jerry Thomas. It disappeared during the 1900s, however, but it’s recently been relaunched on the very same street in Dublin where it was founded all the way back then – Trinity Street. 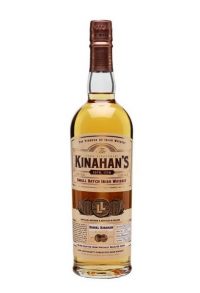