Our dear friends at St. George have offended again! B&E always joked that St. George had “stolen” the whiskey from distillers back East for their in-house blend. The B&E had been a staple of the whiskey shelf here until the last drops were emptied in 2014-15. Since then we’ve always wondered if that special distillery in Alameda would ever score a haul like that again. They’ve finally done it, but this time it’s an inside job. They could have simply flipped those casks into bottle and made plenty of fine bourbon or rye whiskey under the old label. The distilleries in Kentucky and Tennessee where the whiskey is sourced are perfectly legit, but St. George knew there was something more that could be done. It wasn’t until Dave Smith started playing around with blending in their own malt that he knew the real crime would come from within. The resulting American whiskey is a blend of bourbon, rye and single malt unlike any other on the market. It takes a great blender to put three distinct flavors together like that and produce something greater (or even equal) to the sum of its parts, but Mr. Dave Smith is a master. Bursting with flavors it waffles between tense spicy and sweet fruit. A complex mix of exotic wood and fancy confections, this is easily one of the most exciting innovations in craft whiskey in some time. Let’s hope they stole enough to keep this crime spree going for a while! 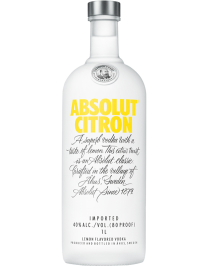